MEDIATION ON THE TEXT

I said: “Don’t answer out loud but think about these questions:

Are we told what time of day it is?  Is the little boy whose lunch this was mentioned here? Does it say Jesus broke the bread and the fishes or only one or the other? Where there two loaves and five fish or five loaves and two fish? Earlier in the week I found myself doing a sketch that had the numbers reversed…

I read the text again and asked them to listen for more details and to play the scene in their imagination as if they were filming a video of the story. What else do they see? What do you see Jesus doing in your film?

I had a curtain rod draped with black netting (fish net?) and various other supplies: scissors, markers and crayons, glitter and metallic crayons and markers, colored pencils, some stickers. I had a couple of fish cut out that people could trace and some pictures of fish they could use for reference to draw their own. (Photo corner stickers make great fish scales).  There was a hole punch and plastic paper clips to hang the fish on the netting.

I encouraged the participants to decorate their fish as individually and creatively as possible. If they had some insight from the text, I encouraged them to write that on their fish or to simply freely decorate it. After a period of working on our fish, we had a time of discussing our fish and our thoughts about the text. 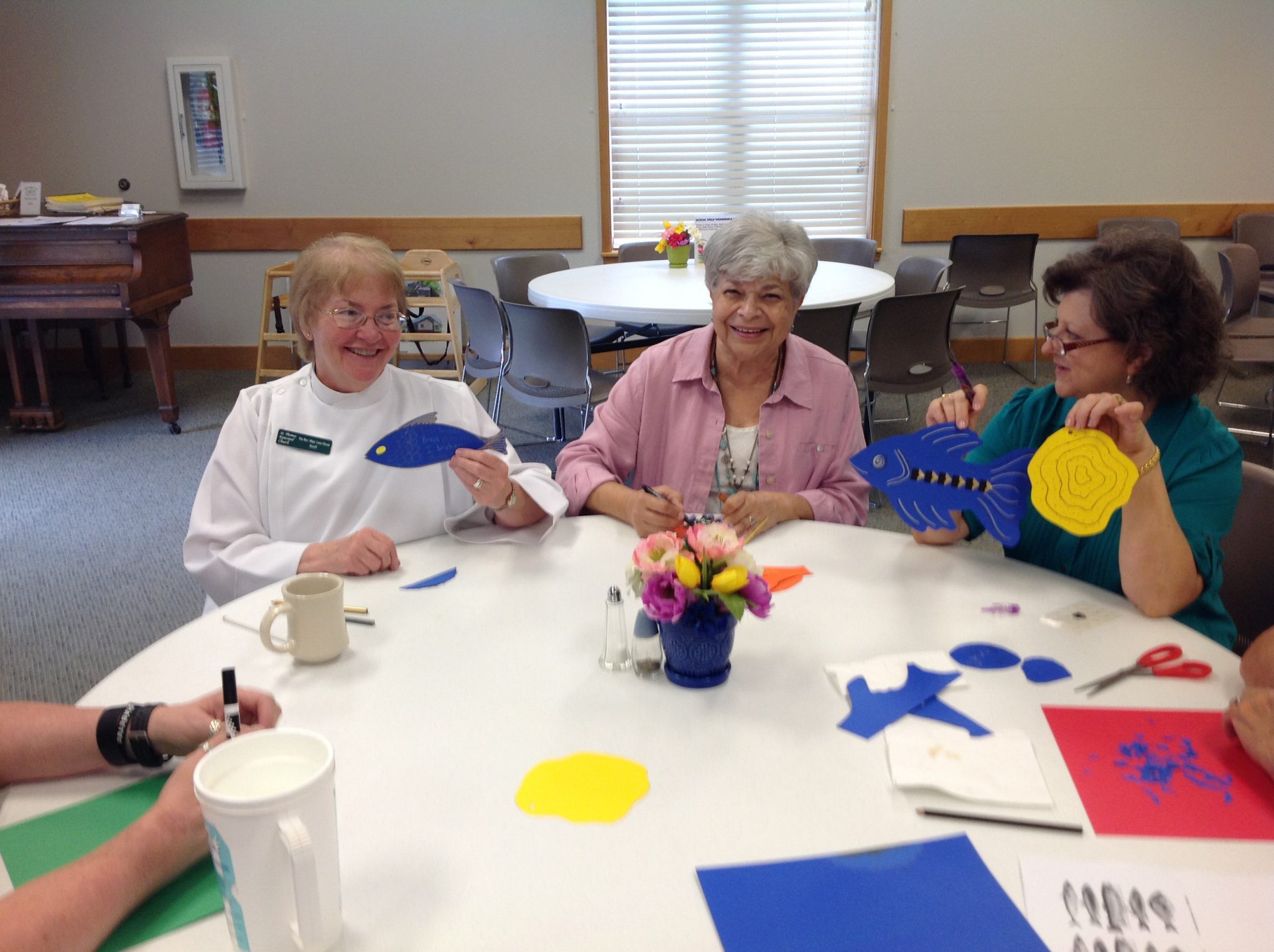 The Feeding of the 5000 happened right after Jesus had heard about the death of John the Baptist. It sounds like he was seeking some solitude but found himself surrounded by a large crowd. One woman visualized that - although he might have originally wanted to be alone - he seemed to welcome being surrounded by community. Another woman visualized Jesus distributing food also - not only breaking it for the disciples to distribute - and taking special care to acknowledge women and children. The priest noticed the pattern of the Eucharist: Jesus took the bread, he blessed it, he broke it, he gave it.  One girl wrote on her fish “I am the bread of life. There will be no hunger.”