MEDITATION ON THE TEXT

Jesus Walks on the Water and Calms the Storm 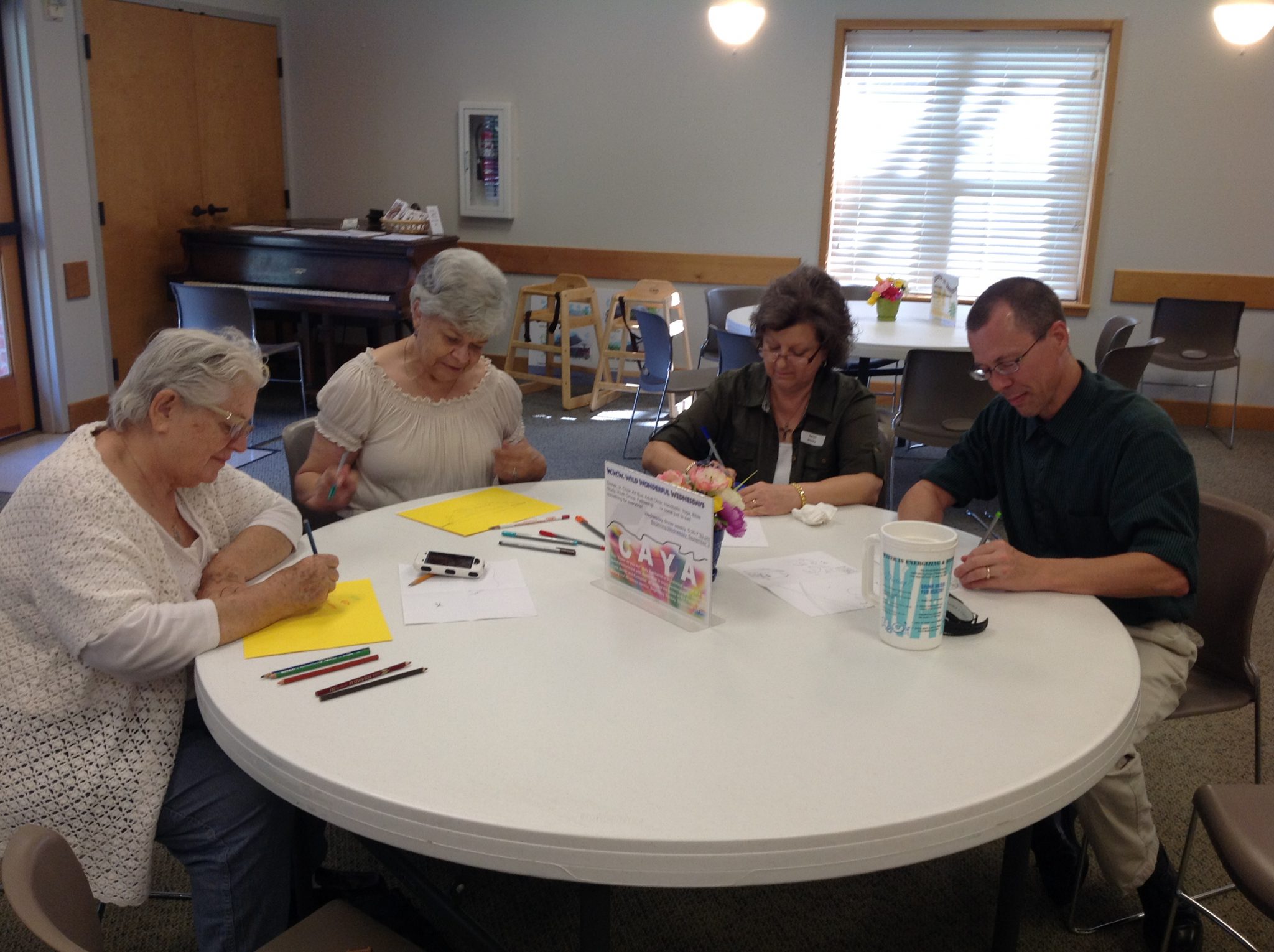 I introduced the idea of a line being able to impart an emotion. I referred to Drawing on the Artist Within by Betty Edwards. While some were familiar with Ms. Edwards’ other book, Drawing on the Right Side of the Brain, no one were familiar with this book. I gave them each an 8 1/2”  X 11” piece of white paper and asked them to fold it into four equal rectangles. I asked them to draw lines only in these spaces: no symbols, words or smiley faces. In the upper left space I asked them to draw a line that - for them - depicted peacefulness. In the other three space I lead them to use lines to depict fear, joy and anger. After they had done this, I showed examples from Betty’s book and shared her insight that - at least in Western culture - there seems to be a fairly universal language of line.

I read the text again and asked them to focus on the emotions in the players in the scene: within Jesus, within the disciples, within Peter and even as expressed by the weather.

I asked what emotions they had noticed. What fears were in the boat? I generalized to asking what fears they were currently facing or had faced in their past.

I introduced the concept of  ”stacked journaling.” I encouraged them to write about some fear from their present, past or future and then to write over what they wrote. I explained that this technique gives the one writing the opportunity to write serious and deep things they might not feel free to write in a regular journal. In this case there can be the therapeutic value of writing truly intimate things but then obscuring them so that no one - including the writer - would be able to read what was written. Since there were no children present, I shared a rather personal example from one of my Altered Books/Spiritual Journals.

I also offered some envelopes that could be sealed and put in the boat (given to Jesus) if someone wrote something very personal and didn’t even want to keep it.

After a period of silent working, I shared some research I had read about what hospice patients fear and we discussed that. Several people in the group asked for a copy of this one-page handout. I often find this handout helpful in facilitating a conversation about fears at the end of life but it could prove useful at other times as well.

SOME INSIGHTS THAT EMERGED

One woman in the group drew lines similar to those from the first activity as she listened to the second reading of the scripture. I thought this was brilliant. This idea could be the basis for a future activity. 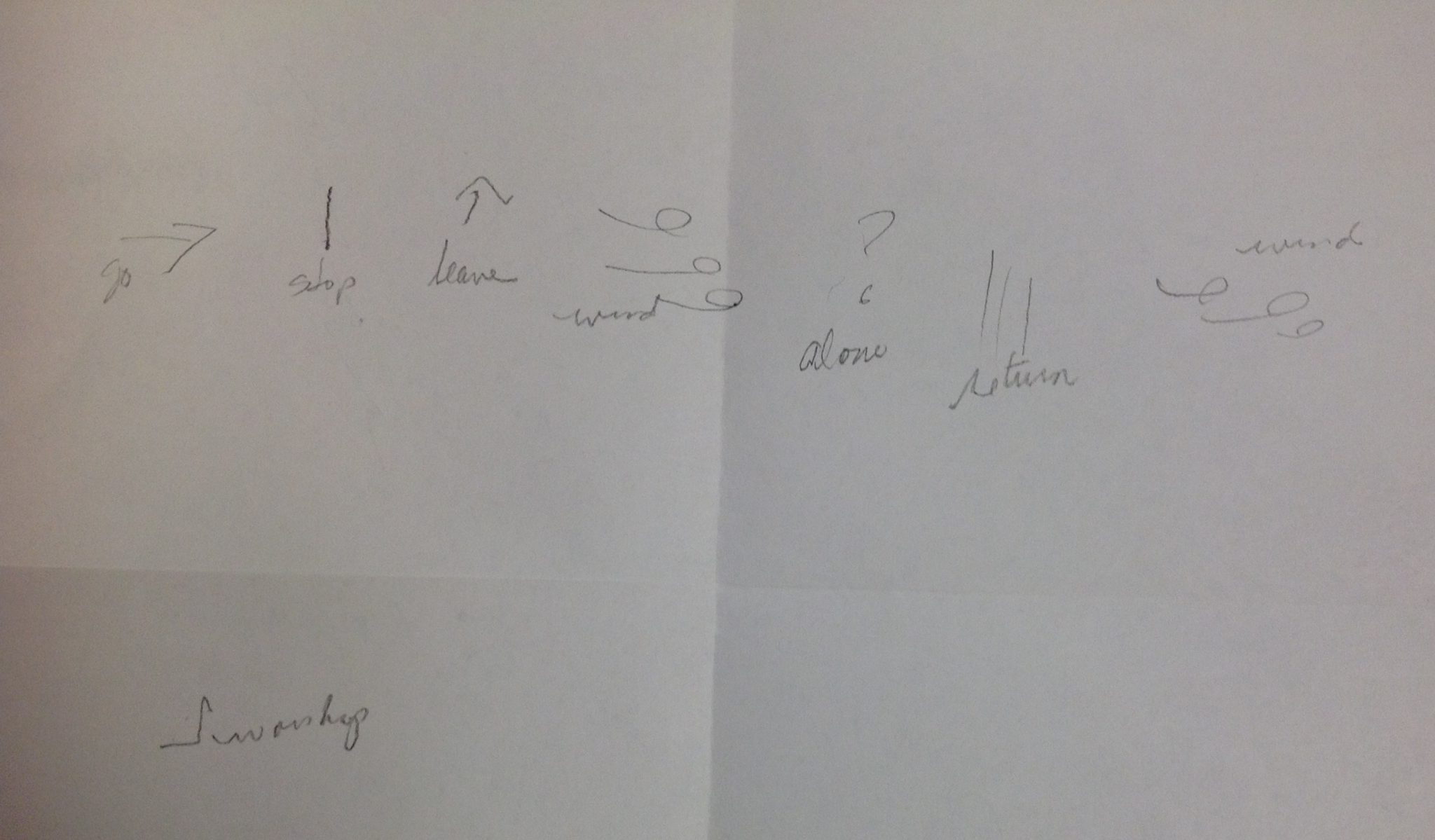 One woman drew a simple boat and wrote the various emotions she heard in the story. Only after she was finished did she notice she had put more positive emotions at one end of the boat and things like fear, terror, anxiety at the other end. Due to the more private, inner nature of the content, not everyone showed me their work but no one sealed their work in a envelope and put it in the “boat” with Jesus. One of the most significant things I learned from this study is that this is the first time the disciples are said to worship Jesus. They had left their homes and families but until this experience they may have been more on a fact-finding mission. When Jesus and Peter got back in the boat and the storm ceased, the disciples worshiped Jesus.

Fear not, for I have redeemed you; I have called you by name, you are mine. When you pass through the water, I will be with you; and through the rivers, they shall not overwhelm you.