MEDITATION ON THE TEXT

I read the text through twice with silence in between.  Before the second reading I encouraged people to visualize the expressions on the faces and to hear the tone of voice - especially the face and voice of Jesus. I asked them to imagine the things that come out of their mouths and the things that go in.

I gave each person a piece of 11” X 15” watercolor paper. On some of them I had already drawn a simple profile of a human head with it’s mouth open.

One of the challenges for me is that I never know from week to week how many to expect. I had enough paper for 30 people but had only drawn about 6 profiles. I drew a couple more, some drew their own and a couple did something else. I usually show an example but encourage them to not reproduce mine but to make theirs as unique as they are. I had watercolor, watercolor crayons, brushes and foam brushes, many kinds of pencils, crayons and markers and some stickers.

I encouraged them to think about the good and bad things that come from the inside of a person and go out into the world. Verse 15: 11 records Jesus saying “Not what enters into the mouth defiles the man, but what proceed out of the mouth, this defiles the man.”

SOME INSIGHTS THAT EMERGED

This one was done by the mother of an infant. What is coming out of her mouth and heart is love but notice that there is also some chaos around. She probably isn’t getting a lot of sleep. Her husband was sitting beside her holding the infant so she could paint.

This was by a woman who said what she has depicted coming into her mouth is water, bread and meat, fruits and vegetables and leafy greens. What is coming out of her mouth is her love, her financial concerns and her dreams.

I love that this one depicts a lot of integration. The rainbow of colors in his head and in his chest match what is coming out his mouth. His young son was sitting beside him and said, “But see that thing coming out of his mouth? That’s how he sometimes talks to me!” I’m sure every parent can relate to that. I know I can. 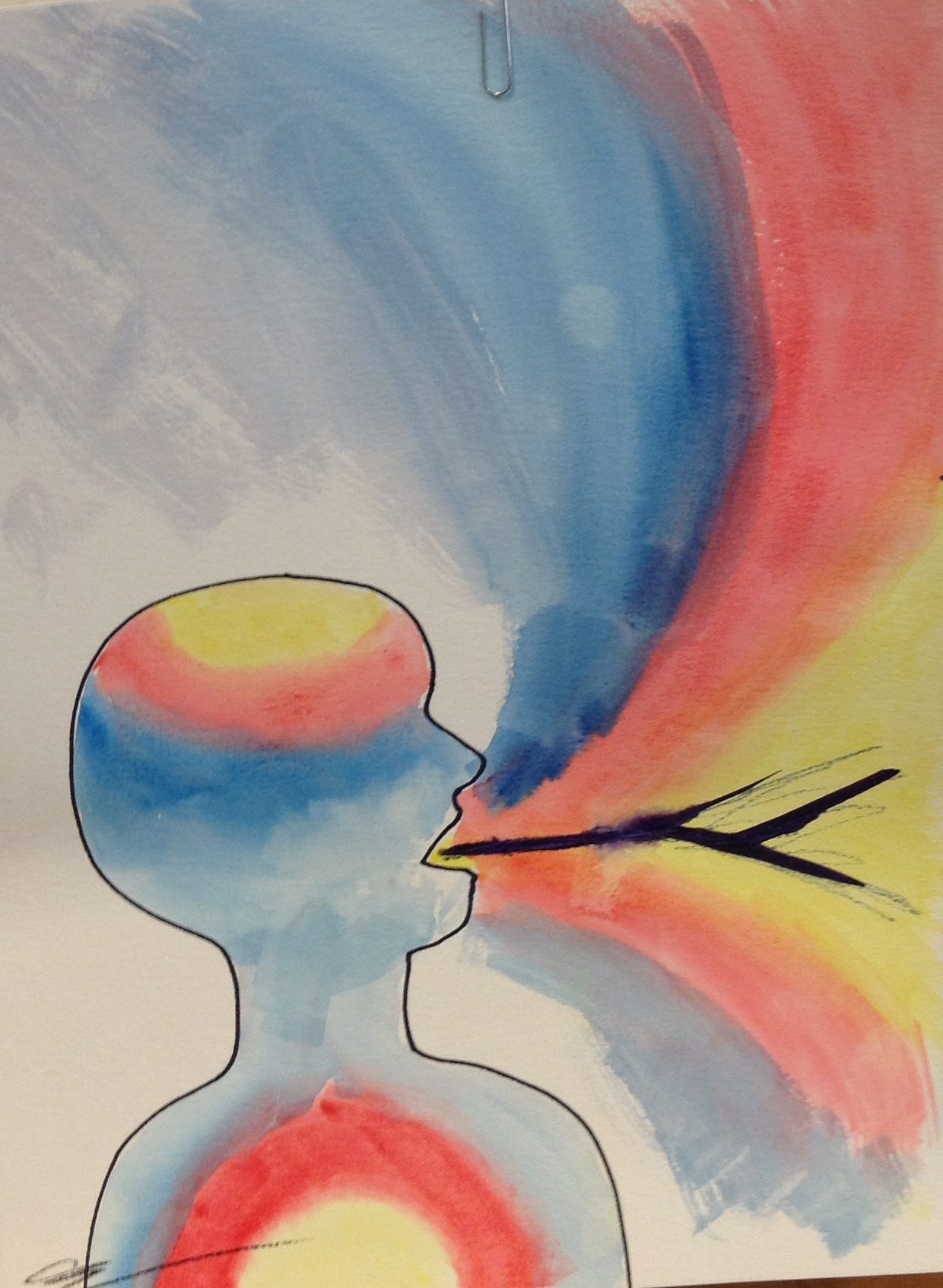 I love that there is always someone who departs from what the group is doing and does their own thing. This is a great example of that. 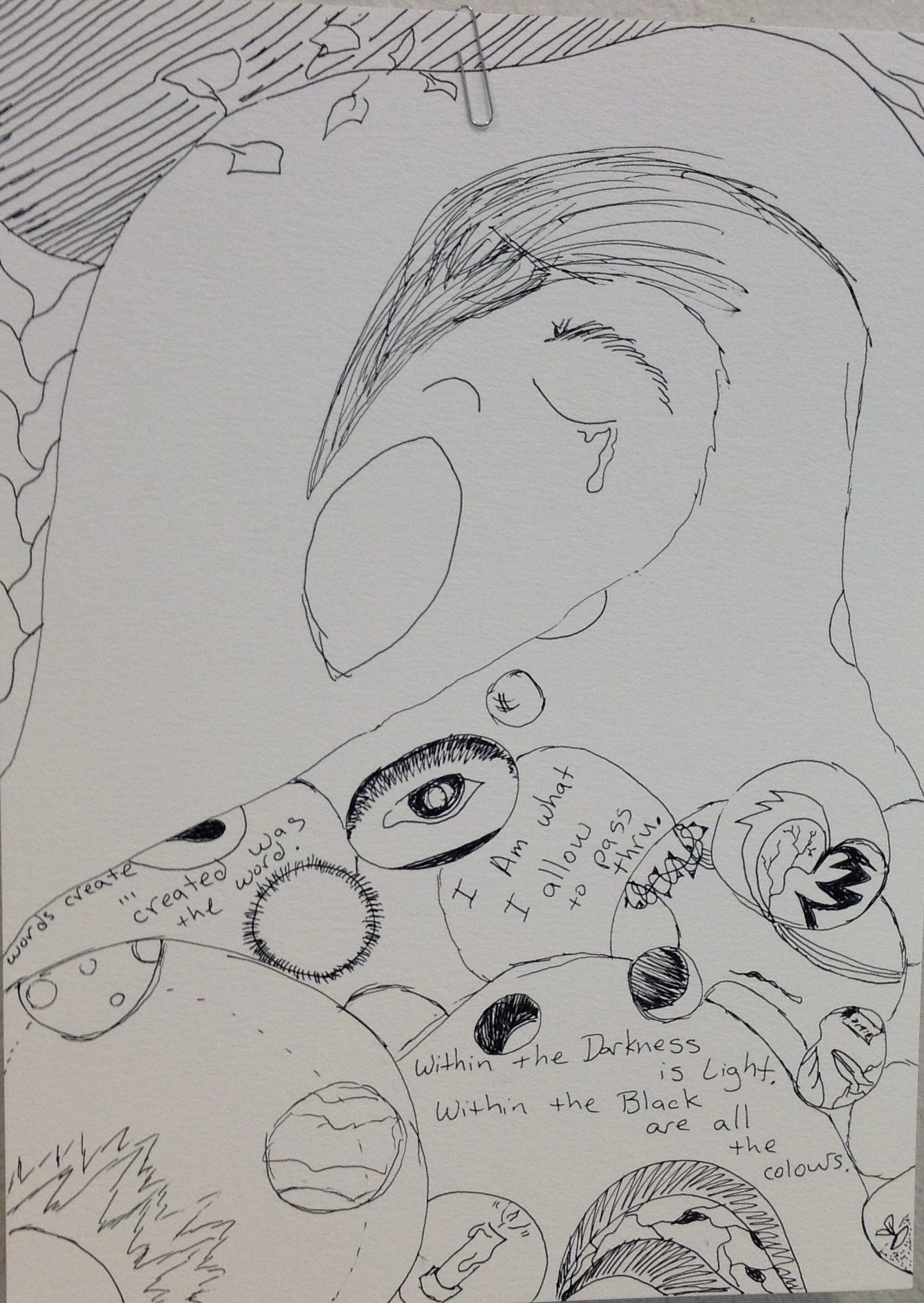